How Cricket can be even cooler sports than what it | Shayari 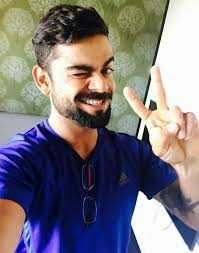 How Cricket can be even cooler sports than what it is now? What are the some of innovative ideas?

Look one can have plenty of cool ideas about Cricket, will ICC listen? Will every board members agree to that? The major power player is BCCI, now in country like ours where we don't like change, even ideas like T10Is for only Olympic games also get sidetracked. People of India are also not really comfortable with any change. One needs to push it to them, remember first T20I WC in SA, well before that tournament, BCCI wasn't ready to play by saying T20I was a joke, Indian people also kind of went with that as they follow most often our former cricketer say, fortunately BCCI voted out in the meeting, and rest is history. Now look at Indian public's craze with T20Is. Because Indian people most often don't know what they want. Ask most Indian about T10Is only for Olympic as even 3 hr of T20Is are long for Olympic, they will say they hate the ideas. They said same thing about T20Is as well. Actually the problems with Cricket are tradition and nostalgia and it's clash with this modern world. At certain points of time ICC and BCCI need to choose between keeping the old fans satisfied or creating completely new age fan base who weren't interested in cricket before by creating new version of Cricket which more interesting and eye catching than before for even those who doesn't have any ideas about Cricket before.

I mean look at old test cricket loving crowds in Australia and England. What will happen after 10 years from now, when most of them will be dead?

No one knows answer to this question.