Let's hear a story then :D It will be in DC univer | English Story 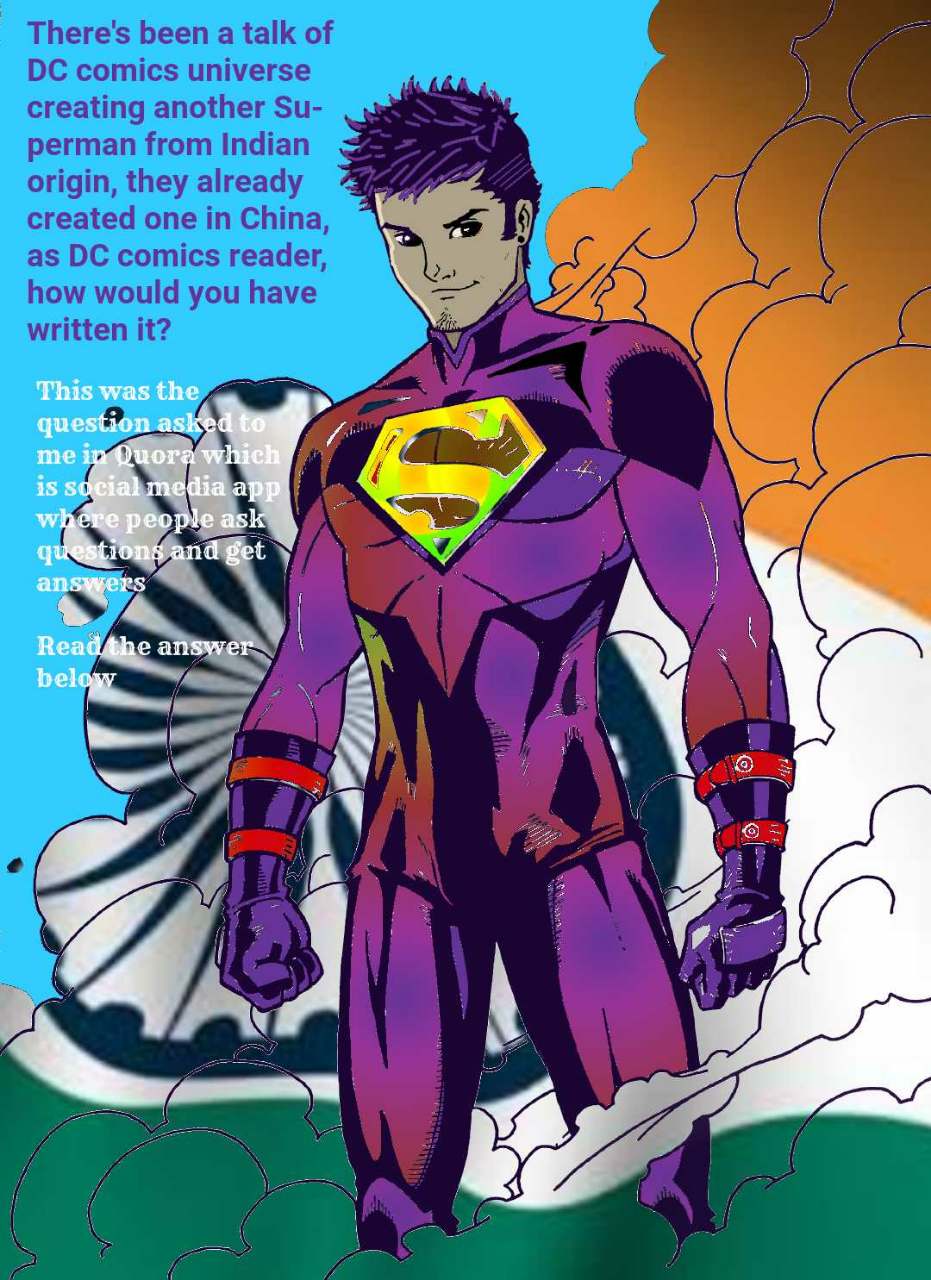 Let's hear a story then :D
It will be in DC universe. I will name this story- Superman: The Rise Of Indian Sun God
Okay, this is Earth 21 where Superman doesn't exist, atleast not yet :D
Let me start from the beginning. God wave is a cosmic force that came out of source wall to create new Gods and in the process creating other worldly God like Sun God Rao who later created earth and so many others planets in the universe and also was responsible for creating many Superheroes (meta humans) through out universe including earth.
Krypton was one of those Planet. Kryptonians at the beginning of their civilization were aware of Rao's presence but with times they forgot as Rao was disappeared from krypton. Noone knew Rao's presence or where would he be disappeared? As the time progress, Krypton became technologically superior planet in the universe. They soon thought Rao as another mythological superstition.
CC Batson and Marlyn Batson(incase you don't know they are parents of yet to born Shazam aka Captain Marvel aka Billy Batson) were world famous archeologist from America.
They came to India to research on old Konark's Temple in Orissa
They found a lot of wall drawings were similar to Australian aboriginal people's cave drawings about Sun God.