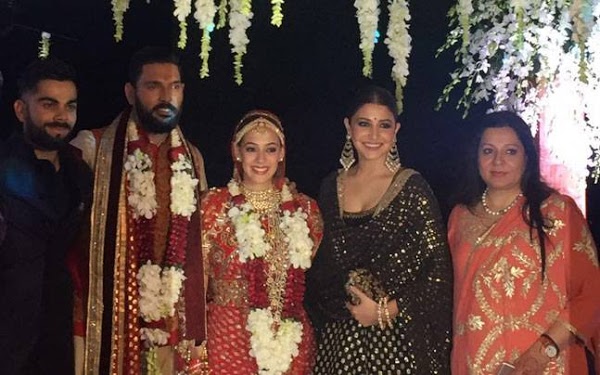 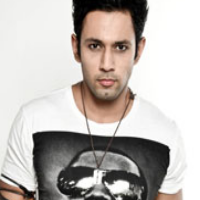 Star Yuvraj Singh's wedding with model-turned-Bollywood actress Hazel Keech, now Gurbasant Kaur, has been a star-studded affair so far. The couple and their families completed a second round of their marriage, this time according to Hindu rituals, today in Goa.
Virat Kohli, accompanied by his girlfriend Anushka Sharma, and Rohit Sharma with his wife Ritika, were among the host of other celebrities who attended the second wedding ceremony.
While the first ceremony took place according to Sikh customs at a Gurudwara in Fatehgarh Sahib, which is 50 kms from Chandigarh, on Wednesday, the couple tied the know this time in a typical Hindu wedding at a beach-side resort in north Goa.
Yuvraj, who wore a red sherwani in Chandigarh, graced a gold brocade sherwani for his Goa wedding while Hazel went for a Banarsi saree.

Earlier, Yuvraj's Chandigarh wedding function included family and very close friends. However, the Indian team, including skipper Virat Kohli and coach Anil Kumble, were present at a star-studded mehendi and sangeet ceremony a day before the wedding.