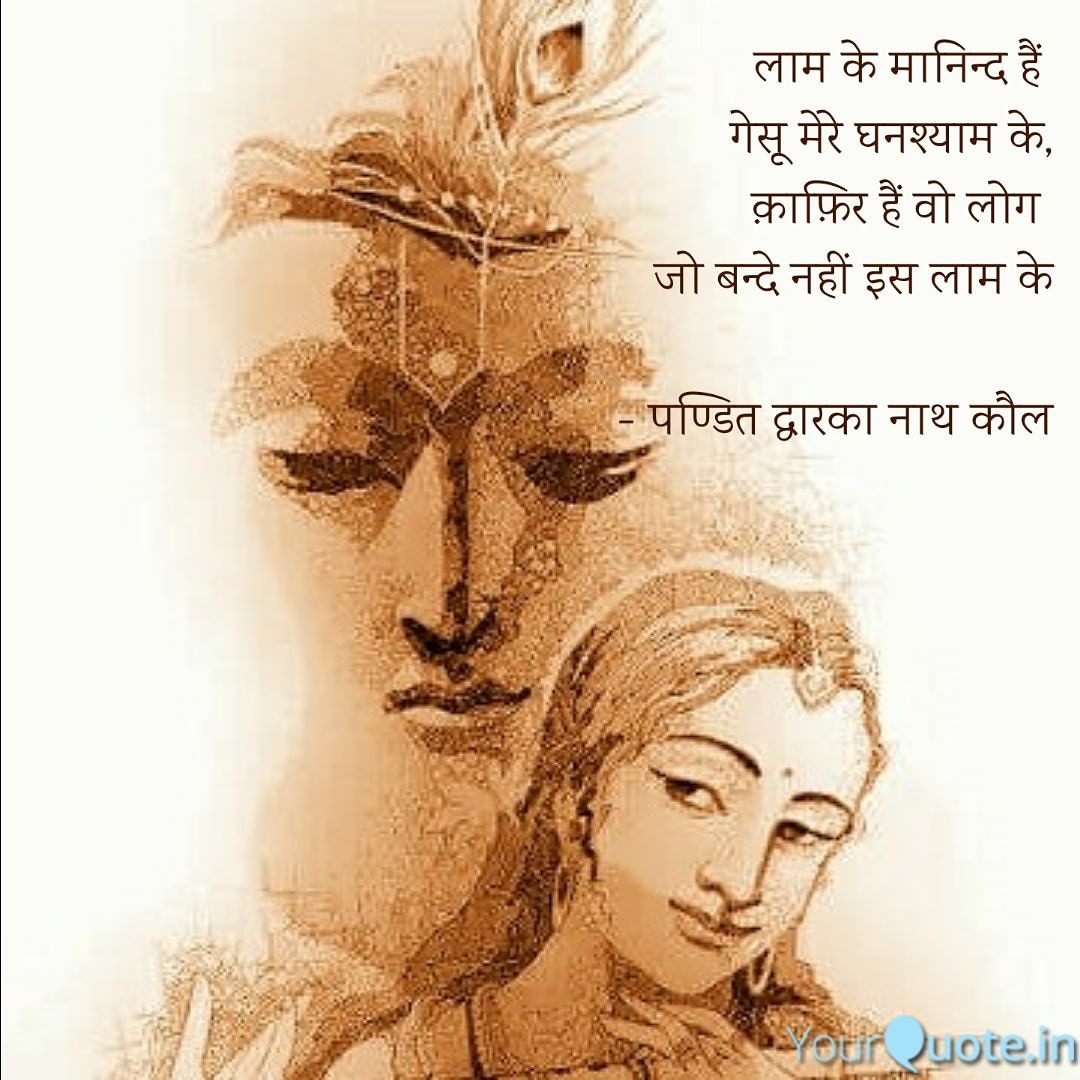 गेसू मेरे घनश्याम के
The contribution of Kashmiri Pandit community has not been less. Who does not know about Pandit Brij Narain Chakbast, who translated Ramayana into Urdu poetry. Earlier there was Pandit Daya Shankar Kaul, a resident of Agra, who had written a Diwan (Compendium) Gulzar-i-Naseem. His Takhalus (Pen name) was Naseem. He was a Munshi in the Army. His preceptor was Khwaja haider Ali 'Atash', originally of Delhi but settled in Lucknow. When Pandit Sahib went to show him his Diwan, Atash advised him to reduce it. 'Ye padega kaun' was Atash's remark. His poetry has received great praise from his Guru and other critics. In fact this writer has found his mention in a book devoted to all time greats. His son, most likely, Pandit Dwarika Nath Kaul was an established Poet from his Maktab (School) days. Infact he is even today remembered about his repartee :