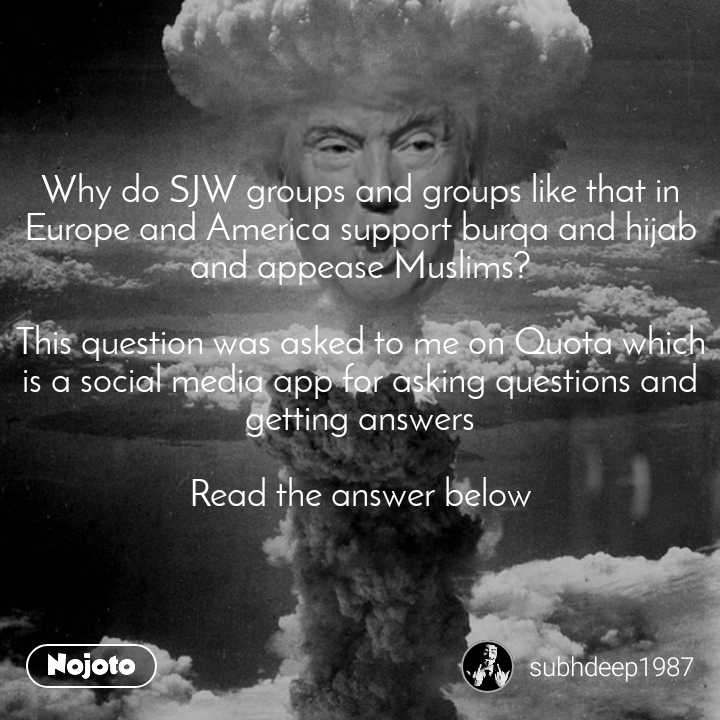 Because they need lobby against evil white men. More the better.

Top 1% super rich white men are beyond everything. Their lives don't change whether left parties are in power or right wing parties. It's the middle class white men, they are facing burden of all the hate today.

Let me give an example- a very famous (or should I say infamous white man) rich white man in America was recently found King pin of all the illegal human trafficking. He got jail. Apparently he had all the rich white powerful people's blackmail list with him. Suddenly, he took his own life in jail very mysteriously.

American news channel ABC news was trying really hard to pin Donald Trump with this issue. I am pretty sure Mr Trump is involved in it as well. But the thing is ABC news just like CNN was known for Clinton supporter or democratic party supporters. Apparently Ex president Bill Clinton and his wife Hillary Clinton were close friends with that guy. He probably also had spicy information on them. So one of their lady anchor caught speaking on tape without her knowledge that apparently their channel was threatened by Clintons not to persue this case any longer. And ABC didn't. After that tape was released on public, ABC news issued a statement saying that they didn't have enough to go on but they continued to go on Trump story on this despite not having any evidence.