What are the benefits of drinking black Coffee? | English Health & 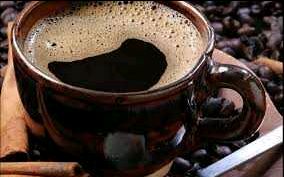 Drinking black coffee has numerous health benefits as it is loaded with antioxidants and nutrients. Let’s have a look at some of the most health benefits of drinking black coffee. Drinking four or more cups of caffeinated coffee daily lowered the risk of colon cancer recurrence or death by 52 percent compared to those who drank no coffee. Drinking two or three cups per day was also beneficial, lowering the risk of recurrence or death by 31 percent. Coffee’s benefit is due in part to beneficial antioxidants and in part due to caffeine, which increases your body’s sensitivity to insulin, reducing inflammation – a risk factor for cancer and other chronic diseases. Coffee drinking has long been viewed as more of a vice or a crutch to get a quick energy boost to power through the day, but this view is now changing as the health benefits of coffee continue to be revealed. This is good news for those of you who sip on a cup of joe in the morning, as it turns out this may be a quite healthy way to start your day. However, please remember that coffee is one of the most heavily pesticide sprayed crops in the world. If you drink it please be sure to get organic and ideally fair traded, This is less than 3% of all coffee. Black coffee contains low fat and calories. It is loaded with antioxidants properties and nutrition. It helps to boost your physical stamina.

Cancer has become one of the biggest killers in today’s world. The compound in coffee helps in preventing certain types of cancer such as liver, breast, colon and rectal cancer. Coffee reduces inflammation which is one of the main reasons behind the development of tumour. Among people with advanced (stage III) colon cancer, drinking four or more cups of caffeinated coffee daily lowered the risk of cancer recurrence or death during the study by 52 percent compared to those who drank no coffee. Drinking two or three cups per day was also beneficial, lowering the risk of recurrence or death by 31 percent. The researchers stressed that other caffeinated beverages, such as soda, did not have the same effect. No link was found between decaffeinated coffee and risk of colon cancer recurrence either. Further, a causal link was not found. This means it could simply be that coffee drinkers tend to follow a healthier overall lifestyle that’s contributing to the lower risk. However, the antioxidants and other beneficial plant compounds in coffee have been linked to a lower chronic disease risk before. In fact, coffee has been linked to a lower risk type 2 diabetes as well, a condition known to increase the risk of colon cancer. It’s likely that compounds in coffee may lower the risk of multiple chronic diseases via similar pathways. As reported by the New York Times: “The researchers’ hypothesis is that the factors that increase risk for Type 2 diabetes, such as obesity, a sedentary lifestyle, and high insulin levels, also drive colon cancer, Dr. [Charles S.] Fuchs [director of the Gastrointestinal Cancer Center at Dana-Farber Cancer Institute in Boston] said. And many studies have shown that coffee consumption is associated with a lower risk for Type 2 diabetes, a chronic illness that may increase the risk of colon cancer. ‘We believe that activating the energy pathways that contribute to heart disease and diabetes is also relevant for the proliferation of cancer cells,’ Dr. Fuchs said, while also stressing that more research was needed. The analysis determined the lowered risk associated with coffee was… because of the caffeine. One hypothesis is that caffeine increases the body’s sensitivity to insulin, so it requires less of the hormone. That, in turn, may reduce inflammation, which is a risk factor for diabetes and cancer.”

Type the verification code we sent to

Add your full name, So that Nojoto family
members know more about you.