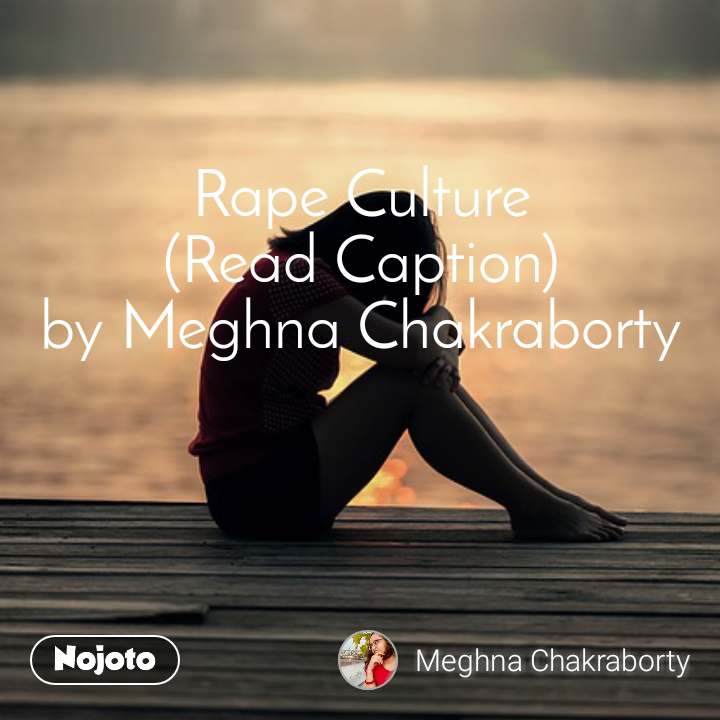 Do you realize where this fucking rape culture begins? When schools tell girls to wear their skirts long so that boys would see them with respect, but nobody teaches those boys to see the girls with respect. The rape culture begins when girls remain quiet while a man sexually harasses them. Just imagine, if the girl would have kicked his balls that time. Rape culture begins when we avoid a kid telling us that she is not comfortable before a particular adult. Rape culture begins when we are not given proper sex education. When we are not taught about "good touch" and "bad touch". Rape culture begins when nobody gives importance to the consent of a girl.
Priyanka Reddy's name has also been included in the long list of girls like Nirbhaya, Twinkle, Asifa who are left forgotten. Tell Me what was her mistake? Was she drunk? Was she out very late? Was she wearing "vulgur" clothes, revealing her shoulders, thigh and cleavage? No. She was not. Then why the Fuck did this happen? The answer is because she was a girl. Yeah. Had she been a boy, she would have been safely alive today. She was "unlucky" enough to born as a girl in this country.

You know what is going to happen now? There will be a new hash tag viral , protests will rise on social media and people will demand justice for her. But do you think she will get justice? Even if she gets justice, what will happen? She is dead, right? Let me remind you Nirbhaya's rapists are still alive.

Tolerate no more. Girls, start carrying pepper spray and knife where ever you go.
No use of being a highly educated woman in this country, where your degrees are also not safe. Learn self defense.