What do you think about India's airstrike on Pakis | English Music

"What do you think about India's airstrike on Pakistan? This question was asked to me on Quora which is a social media app where people ask questions and get answers Read the answer below" 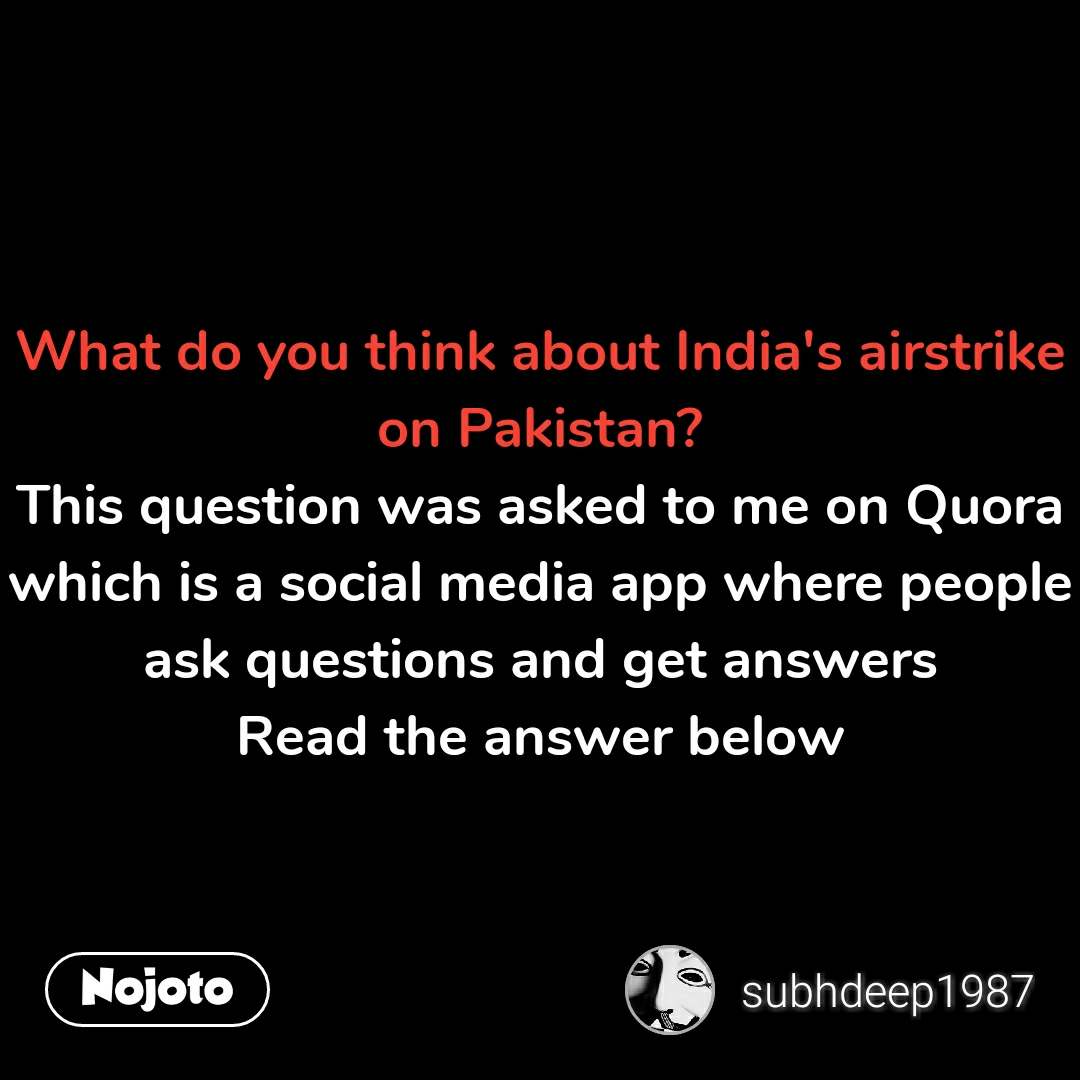 What do you think about India's airstrike on Pakistan? This question was asked to me on Quora which is a social media app where people ask questions and get answers Read the answer below

Okay, let's get into this-
1. This is a revolutionary change in our tactics against Pakistan, all this while we would have gone back to track 2 diplomacy basically Gandhiji type of slap on cheek type of thing was going on all this while. But that has changed now.
2. Pakistan's best option is to deny now as they did when we did the Uri surgical strike, I am not going to be surprised at all if they bring some foreign journalists to show nothing has happened :D
3. Well, Pakistan can continue to say that nothing has happened and we will continue bomb them, I am pretty happy with that, next target would be Bhaolpur where JEM headquarters are located and it's now protected by the Pakistani military specially when nothing has happened :D
4. I have only one thing to say to channel like NDTV, Fuck you, fuck you Barkha Dutt, fuck you Rajeev Sardesai, fuck you Ravish Kumar, you people are still sympathetic towards Pakistan, these people are intellectual terrorist, should be investigated
5. We did this even when Pakistanis knew that there will be an attack, this is our biggest achievement considering there was no surprise
6. Nuclear bluff has been exposed, well, I am not surprised at all, even if Pakistan started nuclear weapons, we will be annihilated them completely, recently in a Pakistani TV show, General Musharraf admitted this by saying India will destroy us completely if nuclear war started and Pakistan very well knows this
7. Channel like NDTV was trying to use this nuclear argument to make Indian tactics always contained to diplomacy as they always bat for Pakistan and their terrorist, no wonder, Barkha Dutt is Hafeez Saeed's favourite Indian journalist, I seriously think these people should be investigated, some money trail should be followed, we all know we have sleeper cell inside